one. API products are ushering in a new growth stage, the market growth of developed countries is stable, and the emerging pharmaceutical market is developing rapidly

The expansion of global generic drug market demand and industrial transfer provide opportunities and space for China's APIs to further expand into the international market. In the first quarter, my country's API exports were 5.363 billion US dollars, an increase of 31.31% year-on-year, realizing the export of APIs since the financial crisis The largest quarterly year-on-year increase. In terms of markets, exports to developed markets such as the European Union, the United States, and Japan rose steadily, with exports of US$1.414 billion, US$683 million, and US$311 million, respectively, with growth rates of 26.31%, 12.82%, and 3.23%, respectively, to the above three markets. The overall increase was 19.13%. Exports to major emerging pharmaceutical markets such as India, ASEAN, and Brazil were US$7.78, 5.03, and 158 million, up 39.15%, 45.64%, and 55.82% year-on-year, respectively. The total exports of the above three regions increased from 24.69% to 26.9%. The pharmaceutical market trade area is increasingly driving the export of raw materials and has become the regional market with the most development potential. At the same time, statistics show that the growth of the overall export volume of raw materials in the first quarter was mainly driven by export volume. The export volume increased by 39.53% and the export price fell by 5.89%. This further shows that the domestic fierce market competition has not changed, and the export phenomenon is prominent. In terms of main varieties, the export growth of traditional bulk commodities was weak. The export volume of 10 key products such as heparin sodium, vitamin C, vitamin E, and penicillin industrial salt increased by 7.23%, while the export price dropped by 16.51% and the export value dropped by 10.48%. There is a serious situation of homogeneous competition. On the other hand, the export of some APIs, such as macrolide antibiotics, hormones, chloramphenicol, and tetracycline APIs, has improved significantly, and the export prices have risen. The average prices have risen by 30.39%, 19.84%, and 31.24%, respectively. 40.05%, the export value increased by 100.35%, 23.69%, 60.72%, and 37.1% respectively.

two. The export of high-end pharmaceutical products is differentiated, the export growth of preparations has declined, and the export situation of medical equipment is optimistic.

In the first quarter, the export of high-end pharmaceutical products represented by western medicine preparations and diagnosis and treatment equipment diverged. Driven by the strong export of AstraZeneca Pharmaceutical Co., Ltd., the export of western medicine preparations increased by 23.71% in the first quarter. The export growth rate has declined compared with the same period last year. AstraZeneca Pharmaceutical Co., Ltd. among the foreign-funded enterprises took advantage of my country's strong raw material drug industry to transfer preparation production to China. In the first quarter, it added 73.5 million U.S. dollars in preparation exports, most of which were exported to Australia and quickly jumped to the export of western medicine preparations. First, it became the main driving force for the growth of preparations exports in the first quarter. If AstraZeneca's new export factors are not taken into account, the preparations exports in the first quarter only increased by 2%, which was a drop of nearly 1/3 compared with the same period last year. The export of preparations by state-owned and private enterprises still focuses on Asian, African and South American markets, and underdeveloped markets account for 80% of exports. In the high-end market, due to high entry barriers, weak corporate R&D capabilities for new drugs, fewer products with independent intellectual property rights, insufficient generic drug innovation capabilities, and many low-end products, it is difficult to effectively open the mainstream markets in Europe and the United States, and future development will still have great challenges. Certainty.

In the first quarter, the export volume of traditional medical dressings and disposable consumables in my country increased significantly by 103.58% and 45.25% respectively, while the export volume did not change significantly. The most important factor for the sharp increase in the export of medical dressings was the impact of high cotton prices. The export prices rose sharply. Among them, the prices of cotton wool, gauze, and bandages rose by 39.12%, the prices of cotton surgical towels rose by 46.71%, and bleached and unbleached cotton. The price of medical gauze rose by 68.4% and 136.77% respectively. Combined with global customs data (GTI) analysis, in the first two months of this year, the price of cotton medical dressing products in my country increased sharply without significant impact on global market demand. The volume and price of Chinese medical dressing products in the EU and North America markets have risen and continued to maintain With steady growth, the market share also increased by 7 and 11 percentage points, reaching 58.11% and 56.44%, still occupying an absolute market share, and the competitive advantage is extremely obvious. However, it is worth noting that ASEAN, India, Mexico and other countries are gradually entering the European and American medical dressing market, especially for the European Union market. The growth rates of Thailand and India have reached 176.08% and 60.95% respectively, although the market share is less than 5 %, but the competitive situation has gradually emerged. At the same time, some of the original European Union countries such as the United Kingdom, France, and the Netherlands have gradually withdrawn from the medical dressing market.

Disposable consumables have generally increased significantly in major global markets. The Asian, EU, North American, and African markets increased by 48.50%, 29.20%, 59.13%, and 33.42% respectively, and the average export price increased by 23.85%.

Four. The domestic pharmaceutical market is developing rapidly, and the proportion of high-end products continues to increase

In the first quarter, my country’s pharmaceutical import market continued to maintain substantial growth, with an import value of US$6.105 billion, a year-on-year increase of 46.23%. Pharmaceutical imports showed the following characteristics: First, the concentration of source countries continued to increase. Imports accounted for 75% of total pharmaceutical imports, with a total increase of 50.78%; second, imports from countries with fast-developing pharmaceutical industries such as India and Brazil increased steadily, with increases of 35.45% and 163.81%, respectively. Western medicine raw materials and Western patent medicines were The main types of imports; the third is the increase in the proportion of high-end pharmaceutical products, which is manifested in the increase in the import price and proportion of western patent medicines, and the decline in the proportion of raw materials and equipment products.

At present, China is entering an aging society, the domestic medical system is improving day by day, the domestic pharmaceutical market is expected to expand, and the demand for foreign pharmaceuticals will maintain a relatively rapid growth. However, due to the large gap between exports and imports, it is difficult to achieve a short-term trade deficit. Obviously reversed.

five. Pharmaceutical exports in the second quarter will turn to moderate growth, and the year-on-year growth rate will decline

In terms of unfavorable factors, due to the recent excessive growth of pharmaceutical exports, some products, especially API products, will experience a phased market surplus, which will have a certain inhibitory effect on the increase in exports.

Combining the above factors, it is expected that pharmaceutical exports in the second quarter will continue to remain optimistic, but the growth rate will decline. Scan the QR code to read on your phone

There is currently no information to display
Please add data record on website background.

There is currently no content to display
Please add data record on website background.
View all products 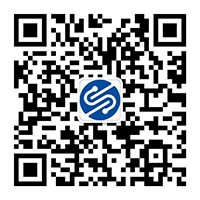